You are here: Home / Financial Independence / Rich vs. Wealthy: What’s the Difference? 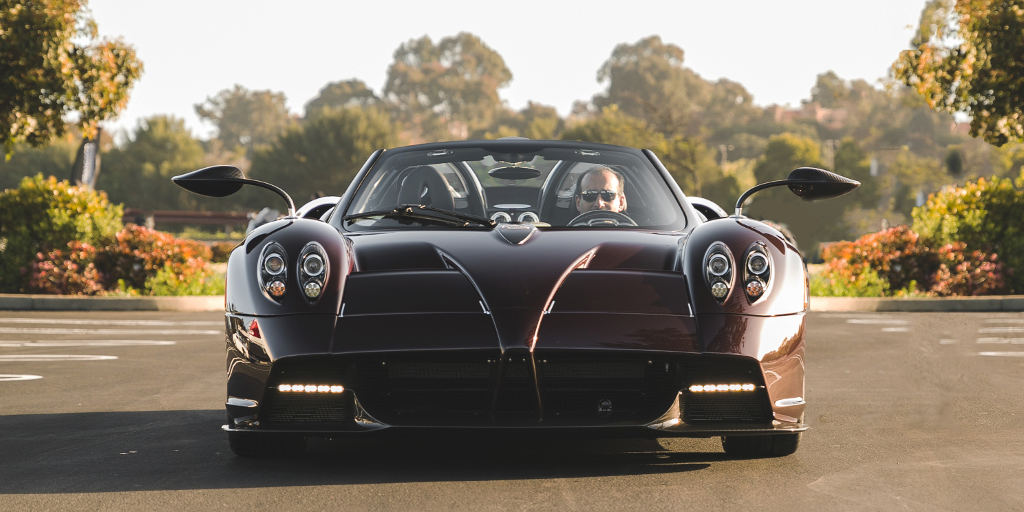 What’s the difference between rich vs. wealthy? Understanding the distinction between the two is one of the most important perspective changes I’ve had when it comes to how I manage my money.

Growing up, I wanted to be rich. I wanted to own a big home, drive a luxury car, and buy expensive clothes. I wanted to sit in the best seats at sporting events and travel any time I wished.

And let’s be honest, some of those things still sound good to me now!

But since I’ve started learning about personal finance, I’ve realized that my priority needs to be on building wealth – not being “rich.”

Of course, there’s nothing wrong with wanting to be rich and wealthy, but it’s important to know the difference between the two and recognize that one is preferable over the other.

In this post, you’ll learn about the definitions of riches and wealth, why one is easier to recognize than the other, and how you can get started on your wealth-building journey.

What is considered rich?

Imagine someone who is considered rich. Who do you see?

Usually, you’ll think of an individual or family that has a high income – and also high expenses.

The people who are considered rich are typically those who buy luxury items. They purchase both their wants and needs. They make costly financial decisions without fear of the repercussions.

Now just because someone exhibits those “rich” behaviors doesn’t mean they have their personal finances in order.

Sometimes, these people you consider rich are actually living paycheck to paycheck or drowning in debt.

Many people who say “I want to be rich” aren’t looking for financial security – they want the social status and prestige they associate with the million dollars club.

So what kind of income does it take to be considered rich?

Let’s assume that being rich is based on how much you earn. (Like mentioned above, many rich people are actually spending all or more than what they earn.)

The definition of wealth

You know how much income it takes to be “rich,” so now let’s look at the definition of wealth.

Your wealth is the value of the assets you own. For most people, this will primarily include your checking and savings accounts, your investment accounts, and any equity you have in your home.

If you’re trying to create multigenerational wealth (more on this later), then your assets may also include real estate rentals or business ownership.

If you want to become wealthy, your objective is to build or acquire assets that hold their value or generate ongoing income. 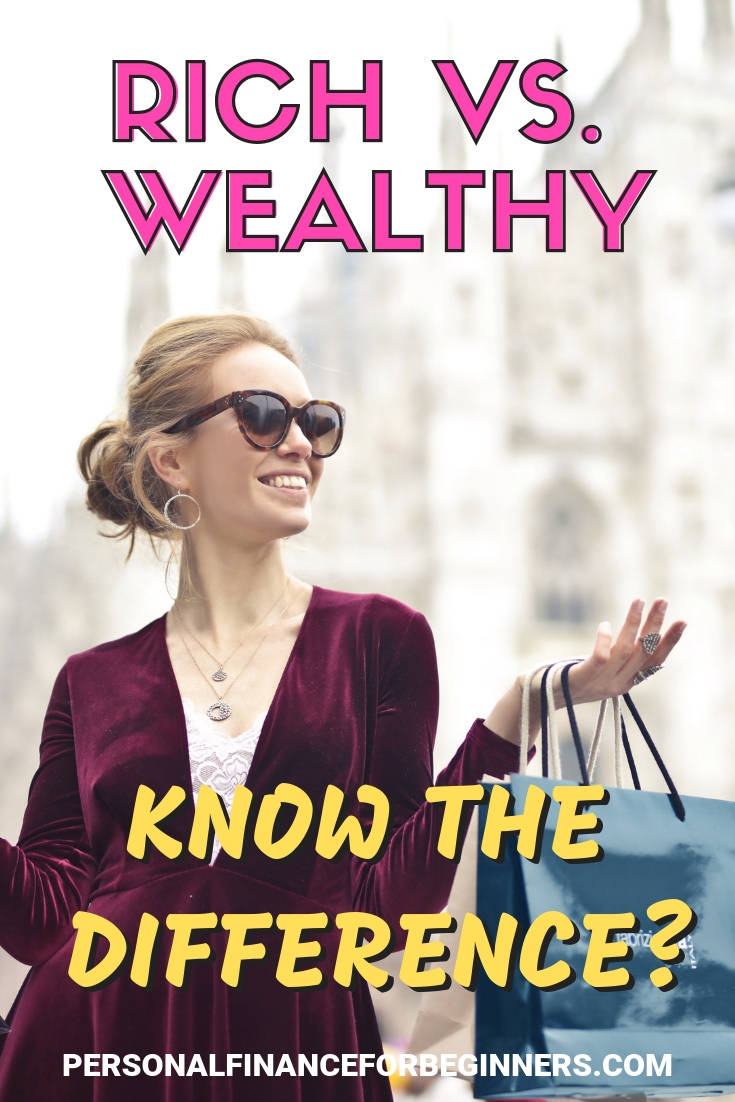 The difference between rich vs wealthy

To define rich vs. wealthy:

Being rich is having the ability to spend lots of money now; being wealthy is accumulating assets that allow to you preserve your money for use in the future.

Why delay gratification and preserve your money for later?

Becoming wealthy will allow your money to work for you. Your assets can generate income for you with little work required on your part. Your assets can provide you with security and peace of mind that you’re prepared for a “rainy day.”

Why the rich aren’t always wealthy

Just like knowing how to wake up early doesn’t promise that you’ll have a productive day, being rich doesn’t guarantee that you’ll become wealthy.

It’s possible to look rich without being wealthy: stories of professional athletes and celebrities who are on the verge of bankruptcy from trying to support their lavish lifestyle are evidence of this.

Or just look at what happens when you win the lottery and handle it like many of the past big winners.

Of course, it’s easy for us to shake our heads and wonder how it’s possible to blow through so much money.

But even if you figure out how to become a millionaire overnight, there’s no guarantee that you’ll be able to hold onto that money if you don’t understand the basics of personal finance and have the right money management habits in place.

Signs of wealth (and stealth wealth)

It’s easy to spot somebody who values looking rich… But what does wealthy look like?

It’s The Millionaire Next Door who lives in a home just a large enough for their needs and drives a reliable used car that gets them from Point A to Point B.

They appreciate a good deal because it allows them to put more of their money into investing.

They have affordable hobbies and a list of fun places to go when bored that don’t require spending lots of money.

They don’t worry about having the highest credit score possible because they have enough money set aside to skip loans and make a large purchase with cash when necessary.

They know what to do when you get a raise. Rather than increasing their spending, they choose to focus on acquiring assets and generating additional income instead.

Rich and wealthy: why not both?

Yes, there’s a difference between rich vs. wealthy. However, the two aren’t mutually exclusive. By making wealth your priority now, you have the chance to enjoy both later.

But if you’re just starting on your personal finance journey, it might not be time for you to start acquiring these assets yet.

Establish a strong financial foundation that will give you financial security and peace of mind moving forward. Living paycheck to paycheck is one guarantee that you’ll never build wealth – no matter how much money you earn!

Before focusing on building wealth, you’ll want to:

After you’ve established an emergency fund and become debt-free, then you’re ready to potentially go all-in on building wealth!

How do you become wealthy?

The households with the highest net worth have invested their incomes into:

Investing in the stock market is the simplest place to start. Don’t make it complicated or look for a lucky stock pick. Start investing early, look for low-cost index funds, and keep a long-term perspective.

While delaying gratification may not be as fun as buying a new car or a larger home, building wealth now will give you the most sustainable option to appear rich later (although you may find that your financial values change).

Now you should understand the difference between rich vs. wealthy. If you are considered rich, you spend lots of money. If you’re wealthy, you have instead preserved your money for the future.

People who are considered rich may not actually be wealthy at all due to their expensive lifestyles. Being wealthy (rather than rich) is a more desirable goal as it offers you financial flexibility and security.

Don’t get caught up in spending all of your income and living from paycheck to paycheck. Start building wealth today by building an emergency fund, paying off your debt, and acquiring assets through the stock market, real estate, or entrepreneurship.

What does being wealthy mean to you? 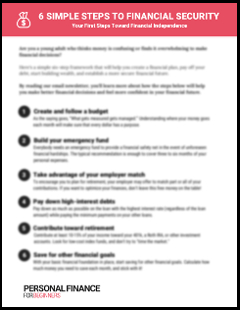